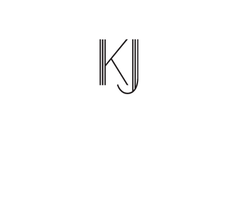 Grab a drink from one of the many Riverside Bars and listen to some of Christchurch's top jazz musicians at the Riverside Jazz Club.

11 March - Finished Business
Finished Business is a trio of experienced musicians who play Vintage Jazz, with material dating up to the beginning of the Modern Jazz period. This gives a focus on strong melodies that are nice to sing, and on instrumentals from such masters as Benny Goodman and Sidney Bechet.
Phillip Myer is a guitarist with skills in jazz, classical guitar and Latin music, and is an experienced backing player and soloist.
Peter Stephen is a well-known guitar and instrument maker, and has played double bass in a variety of groups, from jazz to Rockabilly.
Allan Hawes plays clarinet, sax and flute, and supplies vocals. He has played in a wide range of groups from Big Bands to Dixieland.

18 March - The Bevin Lounge
John Bevin - Keys
Reuban Derrick - Clarinet
Mike Kime - Double Bass
Doug Brush - Drums
A newly formed group - I can't wait to hear this sound.  All extremely well known and accomplished jazz musicians on the Christchurch Jazz Scene.  This will be a sound unlike any other we have heard to date.  Don't miss it!

25 March - The Nocturnals
Lana Law - Saxophone
Nanako Sato - Keys
Russel Stedman - Double Bass
Chris Searle - Drums
Bringing back this fantastic group for another round.  They were the first band up and they really wowed the audience with their great sound.  Gotta love Lana on the baritone and Nanako's amazing vocal numbers.

1 April - Eat My Shorts
These guys will blow the roof off with their amazing 10 piece sound! Formed in the early ‘90s, when Gameboy, The Fresh Prince and frosted tips were all the rage, Christchurch band Eat My Shorts was at the forefront of the live Acid Jazz and Funk genres. Join founding members Greig Bainbridge and Jennine Bailey, at the Riverside Jazz Club as they revisit their classic repertoire with a brand new Eat My Shorts lineup. Soul, blues and funk are the predominant styles, covering artists such as Donald Byrd, Lou Donaldson, James Brown and Aretha Franklin, and featuring a jazzy 10 piece line-up.
If you love Aretha, James and Otis, Eat My Shorts are the band for you. Their brass section consists of tenor/alto sax, trumpet and trombone and they are lucky enough to have the magnificent Jennine Bailey on vocals. They also welcome Tucker MC as their resident wordsmith and social commentator.